Skip to content
We're committed to the health & safety of our patients and staff. Learn More »

La Jolla IVF and Dr. Smotrich have been Featured in the News for Over 20 Years!

For over two decades, La Jolla IVF and Dr. Smotrich have been and are currently recognized as definitive resources for broadcast, print media and on-line publications. Media and journalists interested in communicating information on the different types of assisted reproductive technologies to mass audiences have called upon La Jolla IVF and Dr. Smotrich to clarify fertility issues and answer questions on these cutting edge technologies. Even though the lay media very often chooses to focus on the sensationalist aspect of these procreative treatments and leverage off the hype and drama surrounding them, Dr. Smotrich more often than not is able to bring a humanistic and accurate perspective to the ever expanding field of reproductive medicine. 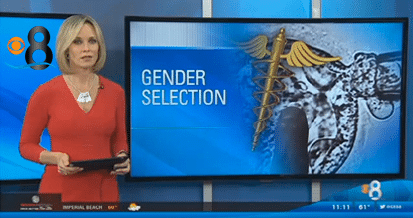 On April 28, 2016, La Jolla IVF was featured on CBS (Channel 8 news San Diego) regarding a story on sex (gender) selection. Over the past several years, La Jolla IVF has seen a marked increase in patients coming from near and far for sex selection. Some, like the patient in this story, need the procedure for medical reasons while others desire to use the technology for family balancing. Regardless of the reason, La Jolla IVF only recommends gender selection through PGS (Preimplantation Genetic Screening) which has a track record of being almost 100% accurate in its ability to ascertain the gender of the baby. It is also able to screen the embryo for chromosomal integrity. We would like to thank our wonderful patient for sharing her story on television. 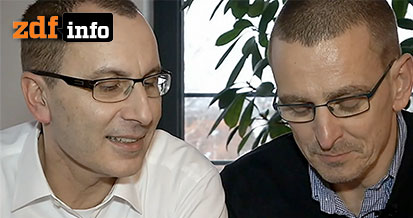 The TV crew were following the story of our German patients in their quest for parenthood. Our patients visited us with their new twins and their four year old son (also a La Jolla IVF "graduate".) The four year old is named David after Dr. David Smotrich (his namesake!)

Dr. Smotrich is featured in the May 2014 issue of Elle Magazine in an article on Gestational Surrogacy

Should a Woman Be Allowed to Hire a Surrogate Because She Fears Pregnancy Will Hurt Her Career?

Article Excerpt: David Smotrich, MD, a San Diego fertility specialist who’s widely regarded as the world leader in the field, even offers a scientific rationale for social surrogacy, though he says such cases make up less than 5 percent of the 2,500 he’s done. “If you take the same embryo, there’s a medical benefit to putting it in a woman who’s been pregnant before; we have proof that her uterus works,” he says, estimating that using a tried-and-true womb can boost IVF rates by up to 20 percent. 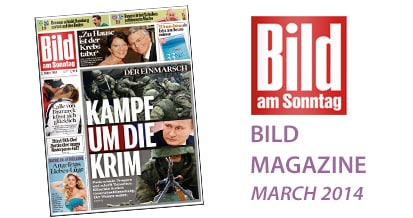 An article featuring Dr. Smotrich and La Jolla IVF regarding gay surrogacy was published in the French magazine Le Figaro in January 2014. This story received widespread publicity and testimony to this fact is that in March 2014 a story based on this article was published in the German newspaper/magazine Bild. It is the best-selling non-Asian newspaper and has the sixth largest circulation worldwide. Bild is described as having a huge influence on the German public including German politicians. Dr. Smotrich has become world-renowned in the field of surrogacy and approximately 35% of his patients are gay and LGBT. 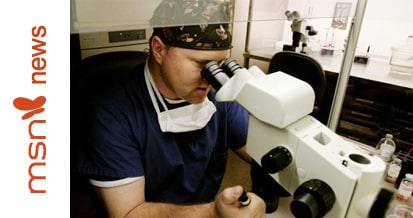 Record number of test-tube babies born in US 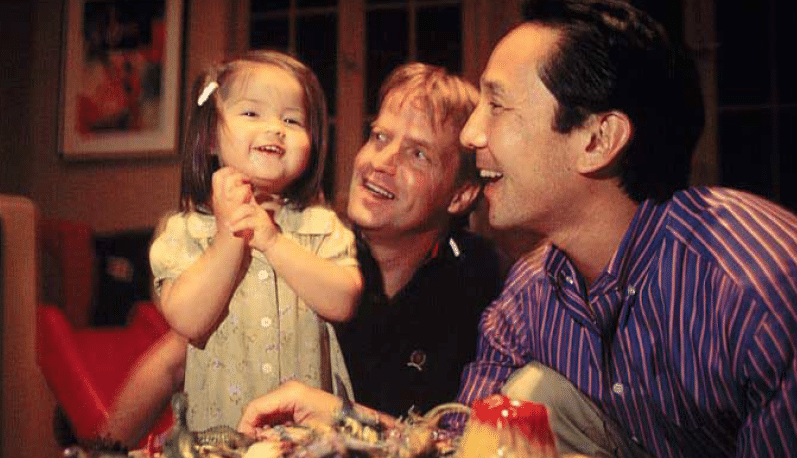 As early as 1998, Dr. Smotrich was already well known in the international arena as being a pioneer in the field of egg donation and gestational surrogacy.  This article appeared in the respected German publication Der Spiegal in 1998, chronicling the journey of a gay couple who ultimately had both their names placed on the birth certificate. 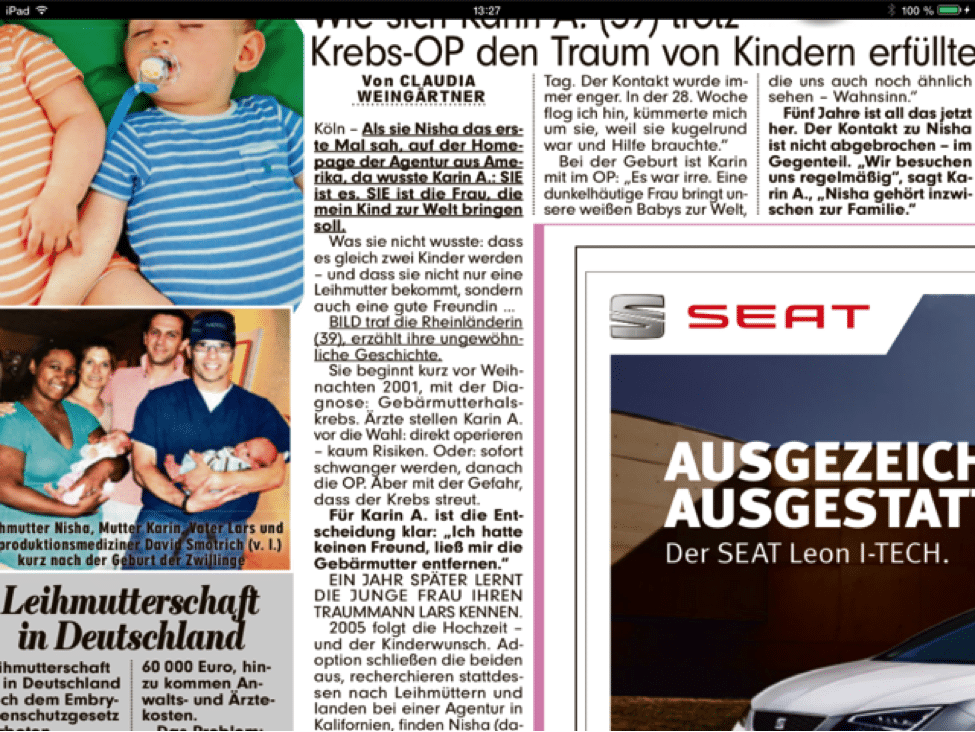 A Story about Surrogacy and Dr. Smotrich again in the German Publication, Bild

The photograph in this article attests to the fact that surrogacy works–check out Dr. Smotrich beside his happy patients from Germany with their surrogate and new twin girls featured in the German publication Bild in February 2014. Attesting to his international reach, there are now children in 86 countries around the world that Dr. Smotrich and La Jolla IVF have helped to create. 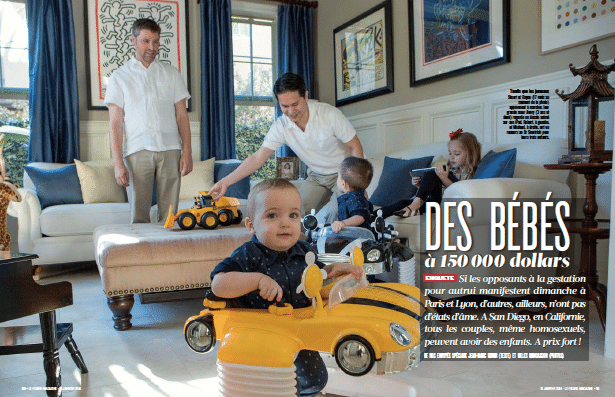 La Jolla IVF and Dr.Smotrich were featured in the French Magazine, Le Figaro, in January 2014. Over a nearly 20 year span, Dr.David Smotrich has been a pioneer in the treatment of gay couples from all over the world desiring to create a family. Today about 35% of Dr.Smotrich’s patients are gay couples. 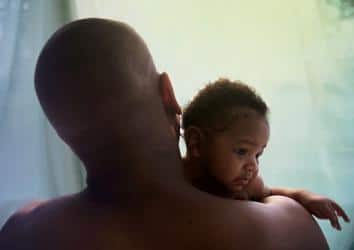 Transgender People Are Having Kids All Kinds of Ways; Doctors Need to Get Used to It 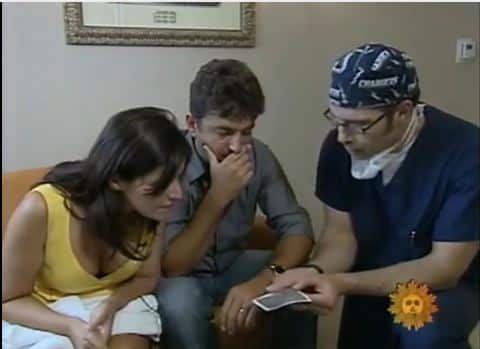 Surrogacy is still restricted in many parts of the world. Paying for a surrogate remains illegal in several parts of the United States. It is also against the law in most of Europe, which is why Sylvia and Michaela came all the way from Italy to the La Jolla IVF clinic in California to see Dr. Smotrich who is regarded as one of the leaders in the world in the field of surrogacy. 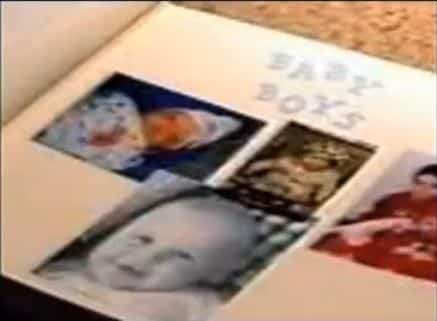 The touching story, part of which was filmed at La Jolla IVF in San Diego follows Mr. Mucklejohn, a single gentleman and his three boys on their journey to meet Dr. Smotrich who assisted in creating them with the help of the La Jolla IVF laboratory and then on to meet with the donor and surrogate who generously helped to give these beautiful boys life. 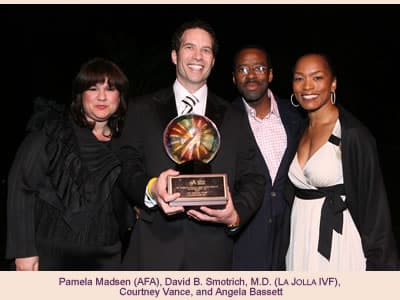 On Saturday April 14, 2007, Dr. David Smotrich was honored at a star-studded event in Los Angeles held by the American Fertility Association. Dr. Smotrich Was presented with the “Visionary Award” by Angela Bassett and Courtney Vance.

July 19, 2006: Glimpse the research conducted at the first embryonic stem cell bank….In retrospect perhaps the idea was ahead of its time!!!!

KFMB News 8 “Becoming A Mother After 40”

Medical advances over the past ten years have greatly increased the number of women who are having healthy babies after turning 40 years old. Dr. Smotrich and La Jolla IVF were instrumental in helping to create the gift of life for one special family—but then again all families are special!!!!

Dr. David Smotrich and La Jolla IVF were featured in a story on the news covering the option of egg donation as a viable method of achieving pregnancy and giving birth to a healthy baby. 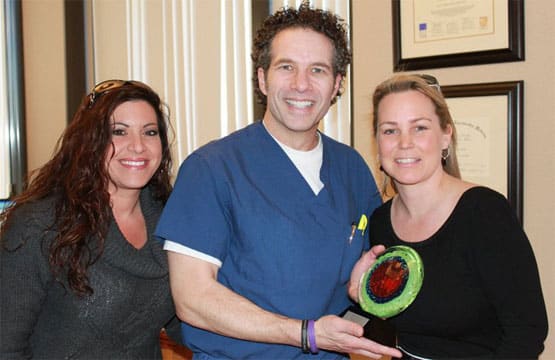 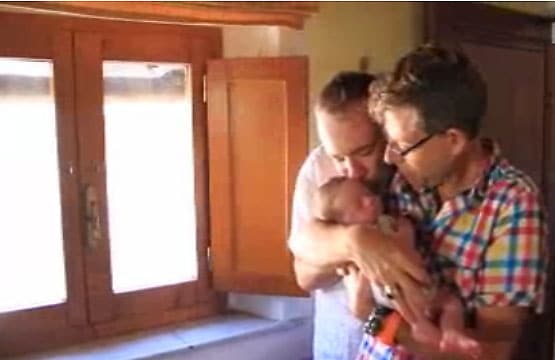 “Due padri per David-Two Fathers for David”

This documentary was filmed by David’s two fathers who received their bundle of joy thanks to Dr. Smotrich, La Jolla IVF and a great egg donor and gestational surrogate. The two gentlemen travelled all the way from Italy to undergo the egg donor/surrogate cycle at La Jolla IVF as it is illegal in Italy. Subsequent to this story they returned to La Jolla IVF and had two more children. The two men who are doting parents claim they have now completed their family!!! 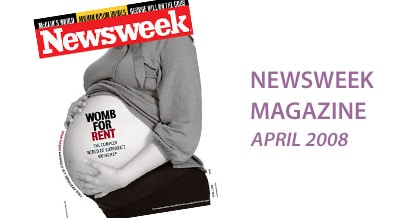 The Curious Lives of Surrogates 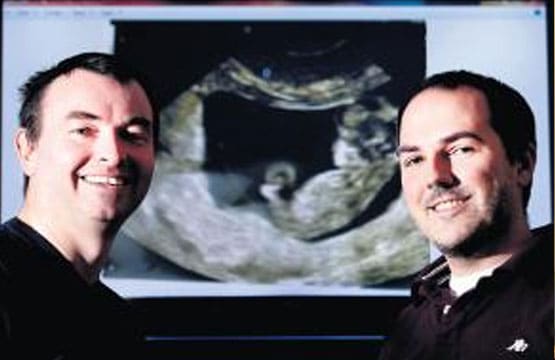 The big story: Two men and a baby

An Irish man and his Spanish husband who live in north county Dublin are expecting their first child by a surrogate mother based in California. Patrick and Alvaro came all the way from Ireland to La Jolla IVF to have a baby with the help of an egg donor and surrogate, because Dr. Smotrich is particularly experienced in gay surrogacy. In addition, they wanted a surrogate from Califormia —a state that allows two dads to be on the birth certificate. 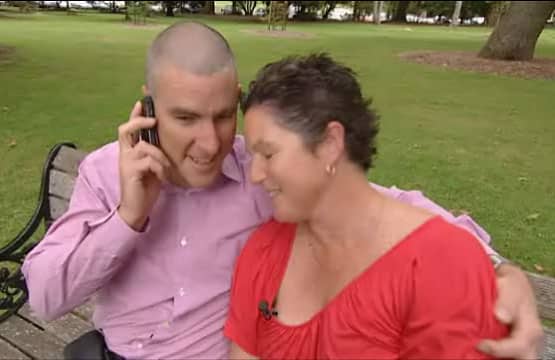 With a New Zealand ban on buying donor eggs, one couple a week is heading overseas to create a family….. this documentary highlights the lengths people will go to in order to procreate and achieve their elusive dream of creating a family. Dr. Smotrich says he treats several couples a month from New Zealand at La Jolla IVF. 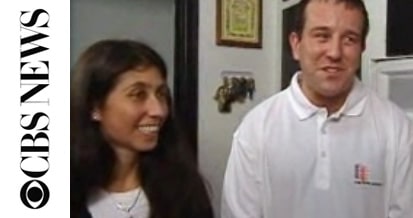 “Special delivery” is an old post office term that, you might say, has taken on new meaning in the world of medicine. And many a hopeful couple is taking full advantage. Our cover story is reported by Kelly Wallace from CBS News. 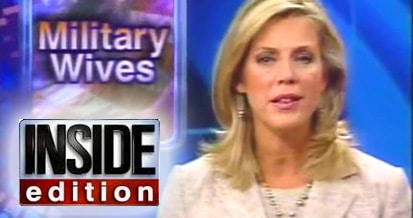 Cindy says, “Being a military wife makes you stronger to know that you can do something by yourself even if he’s not here.” However, all the women said that money wasn’t the main factor in becoming surrogate moms.

“It’s a nice bonus I’ll say, but it’s not my main reason for doing it,” says fellow surrogate, Lisa. 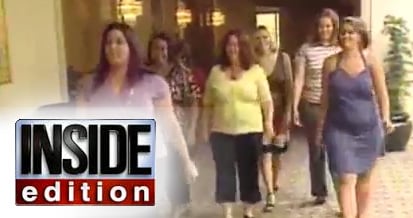 Inside Edition “A Surrogate’s Embryo Transfer at La Jolla IVF”

Article: INSIDE EDITION joined 25-year-old April at Dr. David Smotrich’s fertility clinic in La Jolla, California as April, whose sailor husband is a sonar technician, went to receive the fertilized eggs she plans to carry.

“For me I’m not doing it for the money,” she says. “I feel I have a really big heart and I love to help others out.” – April 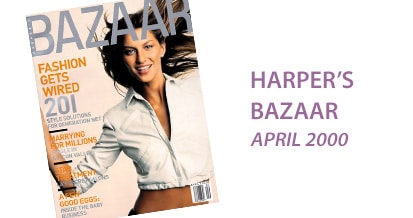 Young women selling their eggs for $150,000? Shocking headlines have made egg donation look like a scary frontier. Dr. Smotrich  insists, however, that the need for egg donors is not a luxury for the elite, but rather a necessity for our aging population. When Meghan Daum met actual donors, she found the baby trade less lucrative-and more civilized than we’ve been led to believe.

With science in the equation, women are hoping to beat the biological clock by freezing eggs for later use. Many clinics have an upper age limit of thirty seven to freeze eggs. But, La Jolla IVF’s Dr. Smotrich believes that a mandatory age cut off is arbitrary. Not every women’s eggs age at the same rate. As long as women understand egg banking does not definitively mean a baby, he sees no reason to turn them away.

“A child is God’s greatest gift”, he said. 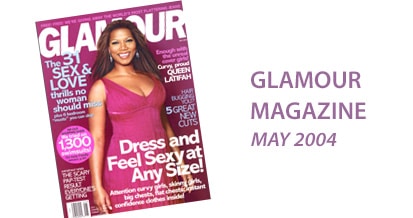 Your Fertility on Ice

Sharon Smith is here to see Dr. Smotrich of La Jolla IVF who is one of the few doctors willing to freeze eggs from older women. A new procedure is allowing young women to have their eggs frozen and put away for future use. It’s a thrilling promise: Be a mother whenever you want, biological clock be damned. But should you trust this technology? Or, is too much optimism misplaced. A sign above the doorway of Dr. Smotrich’s operating room simply says “Believe”.

San Diego Union Tribune “This column will be interrupted – by motherhood”

We’re giving thanks to the miracle of modern medical science; a skilled physician, David Smotrich, willing to embrace the latest techniques; and a loving mother of four young girls who, with her husband’s blessing and support, offered to be a surrogate mother for us.