Skip to content
We're committed to the health & safety of our patients and staff. Learn More »

Surrogacy is a type of reproductive assistance in which a woman carries and delivers a baby for another person or couple who will go on to raise the child themselves. The surrogate mother may or may not be the biological mother of the baby she carries. The Latin word surrogare means “in place of” or “to substitute.”

In a traditional surrogacy, the surrogate mother supplies the egg to be fertilized and is therefore the biological mother of the child. While the egg can be extracted and fertilized in vitro to ensure fertilization, more often the egg is fertilized inside the woman’s uterus through artificial insemination. Traditional surrogacy is an old practice that’s been referred to throughout written history. It was a way for an infertile couple to become parents and continue the father’s bloodline before modern medical advances created other options. Traditional surrogacy is nowadays not commonly recommended nor utilized due to its potential legal difficulties.

Gestational surrogacy is usually used for one of the following reasons:

•    Female infertility – A woman cannot become pregnant naturally; through artificial insemination or in vitro fertilization;or she cannot carry a baby to term.

•    Medical issues–A variety of medical issues unrelated to fertility can either temporarily or permanently prevent a woman from becoming pregnant, carrying a baby to term, or giving birth.

•    Homosexuality – A single gay man or one partner from a gay couple can biologically father a child by using a gestational surrogate.

•    Single Dads – A single man can start a family on his own by using a gestational surrogate.

If any of the above applies to you and you want to become a parent, it’s time to consider gestational surrogacy. If you are a single woman or a couple who’s been trying to become pregnant or carry a child to term without success for an extended period for any reason, you should also consider gestational surrogacy to help start or add to your family.

More about Finding a Surrogate

There are a number of surrogacy programs that connect surrogates with individuals and couples in need. Sometimes the fertility center facilitating the process acts as a liaison between parents and surrogates.

Parents should get to know any woman they are considering using as a gestational surrogate. The parents must trust their surrogate to make the right choices for their child during pregnancy, including diet, exercise, lifestyle, and medical care. The parents and surrogate have to agree on the type of prenatal care she and the child will receive and the birth plan for the delivery of the child.

While many different types of women become surrogates, most surrogates share some common traits. The typical surrogate is between ages 25 and 40, in good physical and mental health, and has given birth before. A successful implantation, pregnancy, and delivery are all crucial to the success of the entire surrogacy, and a woman who has been through the process of a successful pregnancy and birth in the past has the medical history to show she can succeed as a surrogate.

Surrogacy candidates are screened carefully through medical records, blood tests, psychological testing, and criminal history. It is essential to have a reputable fertility center or surrogacy program or both to oversee the process. 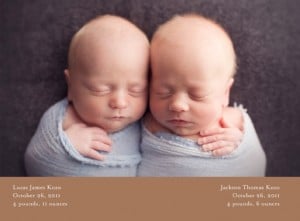 What Happens after a Surrogate is Chosen?

Embryos carried by gestational surrogates must be fertilized in vitro in a clinic. Depending on the parents’ reasons for using reproductive assistance, different combinations of biological and donor eggs and sperm are used.

In the case of a heterosexual couple, the eggs and sperm of the couple/parents are used when possible. A donor egg is needed in cases where the couple’s infertility is related to problems with the woman’s egg.

In cases of gay couples, sperm from one of the men is used to fertilize the egg. In some instances both men’s sperm are used to fertilize eggs from the same donor  and selected eggs are transferred to the surrogate’s uterus for implantation to create fraternal twins with the same biological mother and two different fathers.

Eggs are harvested from the donor or mother and immediately fertilized with either the father’s sperm or sperm from a donor. The fertilized egg cell divides and grows in a lab for about five days until it reaches the blastocyst stage. At this time any genetic prescreening requested by the parents is performed, and the eggs most likely to produce a successful pregnancy are transferred to the surrogate’s uterus for implantation.